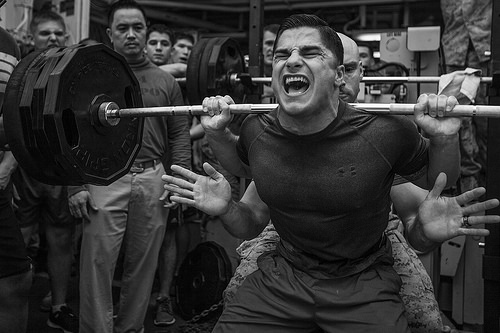 But unfortunately, you can’t. Not yet.

You‘ve been at the office since 5:30 a.m., but still have things to get done before you can head home. The problem is, you’ve worked seven days straight. No weekend break. You feel worn out, to the point that even carrying your car keys might prove a challenge when you finally turn out the lights.

Your spouse calls to see when you’re coming home, and you complain to her wearily, “I can’t do this anymore.”

You can hear the empathy in her voice. You also notice a bit of levity, like the beginnings of a grin. You chuckle lightly and hear her do the same.

You both know that willpower is misunderstood by most people. Needing more of it is like needing to win the lottery. Some things are tough to control.

Willpower has a number of definitions, depending on the dictionary you use. Following are three good ones. On their own, they’re incomplete. But together, they comprise a more comprehensive definition:

Most people consider willpower a mystery. We don’t know where it comes from. Moreover, few of us know how to harness it properly so it’s there when we need it.

It’s no wonder so many folks treat willpower as if it’s a divine gift bestowed on some but not others. They assume people either have it or don’t. They’re either born with it or they’re not.

But the truth is, that’s completely wrong.

All of us have willpower. But most of us misunderstand how it works, and thus mismanage it. The problem isn’t that we lack willpower as much as we don’t know how to leverage it.

What Baumeister Discovered About Willpower

In 2011, psychologist Roy F. Baumeister ran a fascinating study on the nature of willpower. He asked two groups of students to work on geometry puzzles. Before giving them the puzzles, he offered freshly baked cookies to both groups. To one group he gave permission to eat the cookies. He asked the other group to resist the cookies and eat radishes instead.

Conventional wisdom would tell us that the group that practiced willpower in resisting the cookies would perform best on the math puzzles, right?

Nope. The opposite happened.

In other words, they couldn’t even complete the puzzles!

Here’s what Baumeister found from his experiment…

Willpower is a limited resource.

Whether willpower is innate or not, whether it’s a mysterious force or an illusion in a deterministic universe doesn’t really matter. At least, not when we’re talking about how to be productive.

What does matter is the fact that willpower isn’t fixed. It increases and decreases throughout the day. It’s like a savings account. Every time you dip into it, you make a withdrawal. Keep making withdrawals without making deposits to offset them, and you’ll eventually empty the account.

It’s no wonder you feel burnt out and ready to throw in the towel after a week of non-stop hustling. Your willpower “account” is empty.

The Surprising Effect Of Willpower On Decision-Making

Have you ever wondered why many smart, dedicated people lose control of themselves and make bad choices?

For example, consider the steadfast, straight-as-an-arrow student who binge drinks on the weekends.

Or consider the hardworking, straight-laced executive who reveals himself to be a reckless gambler.

It’s a complete shift in character. Willpower becomes depleted until the individual is unable to withstand temptation. He becomes a slave to his vices.

Roy F. Baumeister refers to this predicament – essentially, making terrible choices – as a result of “ego depletion,” not simply “willpower depletion.” When our willpower is depleted, our identities are the next thing to fall apart.

Admittedly, none of this knowledge does us any good unless we can do something practical with it. You cannot just announce to your boss or staff on Monday morning, “We need to take a break. My ego is depleted.”

So what can you do about it? How do you harness willpower and use it to your advantage?

Read on for six simple hacks…

One of Baumeister’s students, Matthew Gailliot, PhD, did a study and discovered that certain foods can boost self-control. It turns out that acts of willpower use – and deplete – glucose stores. So you need to restore your glucose to give your brain the fuel it needs for further acts of willpower.

How? Eat meals that contain plenty of quality protein and healthy fats. Both will help you to stay satiated throughout the day so you won’t go foraging for sugar-bomb snacks.

You also need to get your rest! When you‘re fatigued, your brain operates like you‘re inebriated. The more fatigued you are, the less efficient your body puts glucose to work. When you‘re well-rested, your body uses glucose more efficiently, leaving more available when you need to exert willpower.

Our society prides itself on its work ethic. Recall the last time you heard someone say, “I’ve been working like a dog lately.”

The individual might be looking for sympathy. But more often than not, there’s also a sense of achievement underlying the claim, as if putting in long hours is worthy of admiration.

The irony is that putting in long hours is a recipe for burnout, the mortal enemy of sustained productivity.

Working hard can be useful. But it’s more important to work smart. Look for ways to get more done with less time and effort. Doing so will preserve your willpower “account” for other tasks.

You don’t need me to tell you that taking breaks is important. Lots of studies have demonstrated as much. Breaks help us to stay focused. They also help to keep boredom at bay.

And importantly, breaks save us from having to make decisions. Making decisions leads to decision fatigue, which slowly erodes willpower.

So how often should you take breaks? And how long should each one be?

That’s up to you. Everyone’s different. The key is to determine an optimal schedule that accommodates your workflow and ability to focus. Maybe you need a 5-minute break after 30 minutes of focused work. Perhaps you need a 10-minute break after every 50 minutes of work. (My book The Time-Chunking Method describes how to create a work/break schedule that’ll keep you fresh and on task throughout your day.)

The point is that you avoid keeping your nose to the grindstone. Take regular, frequent breaks. You’ll find that doing so leaves you with more willpower that can be put to use when you need it.

Baumeister’s study added another nuance to our understanding of willpower. It isn’t just work for which we use willpower, but also decision-making.

Remember, the factor that depleted the students’ willpower – and consequently, demolished their ability to complete the geometry puzzles – in the aforementioned study wasn’t the puzzles themselves.

It was their decision to resist eating the cookies.

I mentioned decision fatigue, along with its effect on willpower, above. The more decisions you make, the more withdrawals you make from your willpower “account.”

Delegate decisions whenever possible, especially if you‘re in a leadership position. Leadership isn’t just about making decisions; it‘s about picking people you can trust to make lower-level decisions for you.

Save your willpower for the big items.

I’m a planner. I sometimes joke with my wife that I have a Plan B, Plan C, and Plan D for every situation. When I was in college, I used to drive with a book by my side just in case I broke down and needed to wait for a tow truck!

It sounds ridiculous (and admittedly, it was). But it illustrates an important point: we can plan in advance for unanticipated events, and thus save ourselves the trouble of making decisions under stress.

Why is that important? Because making decisions when you’re stressed depletes your willpower faster than doing so when you’re relaxed.

Bottom line: always have a Plan B.

Most of us have a natural aversion to the idea of meditation. I use to. But I’ve found that spending a few minutes doing nothing more than focusing on my breathing and being present has a remarkable effect on my focus.

There’s even research that shows meditation can help prevent relapses among recovering alcoholics. It takes an astounding amount of willpower to fight addiction of any kind. Studies show addicts have better success resisting their respective vices when they meditate.

It’s no wonder so many alcohol and drug rehab programs include meditation as part of the treatment!

How and why does it work? It has something to do with the act of releasing your thoughts. When you meditate, you set aside problems looming over your head. Instead of actively working out solutions, you give your brain a break.

Doing so makes a deposit into your willpower “account.”

Here’s what we know about willpower…

It’s a limited resource. It gets used up, little by little, with every decision you make.

Don’t think of that as bad news. On the contrary, it’s empowering. Once you recognize its limits, you can come up with a strategy that allows you to fully leverage it.

I’ve given you six ideas above. Start with those. Each one is practical, easy to implement, and can leave you with the willpower you need to get through your day!

Click below to grab your copy of The Art of Letting GO! Click below to grab your copy of How to Make Better Decisions! Click below to grab your copy of The Mental Toughness Handbook! 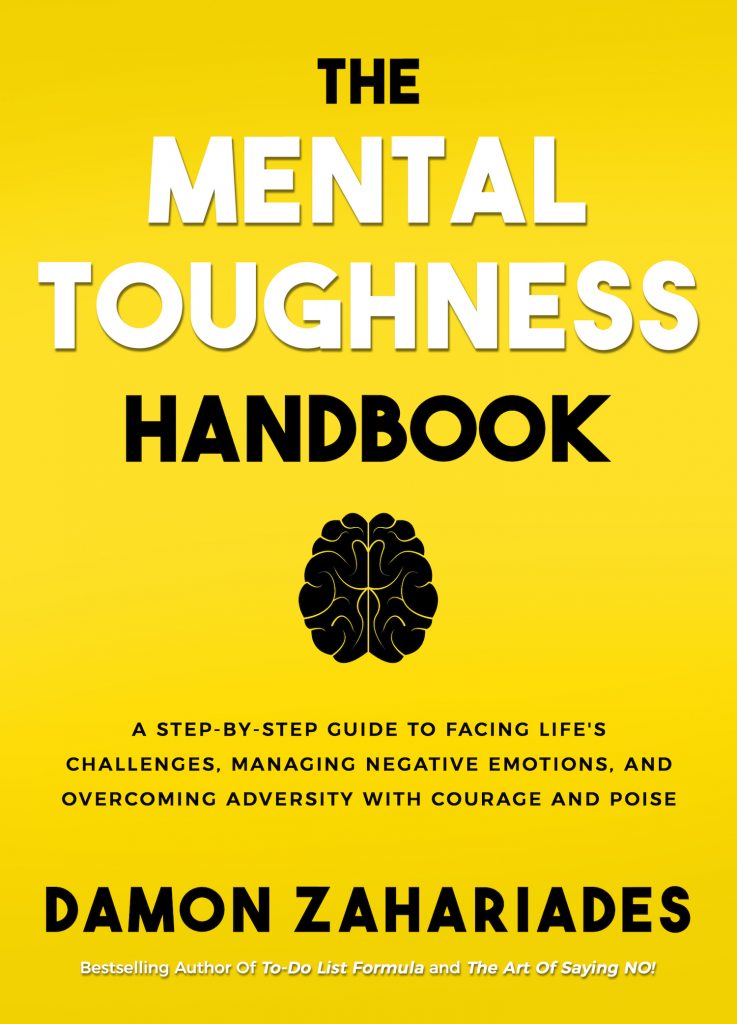 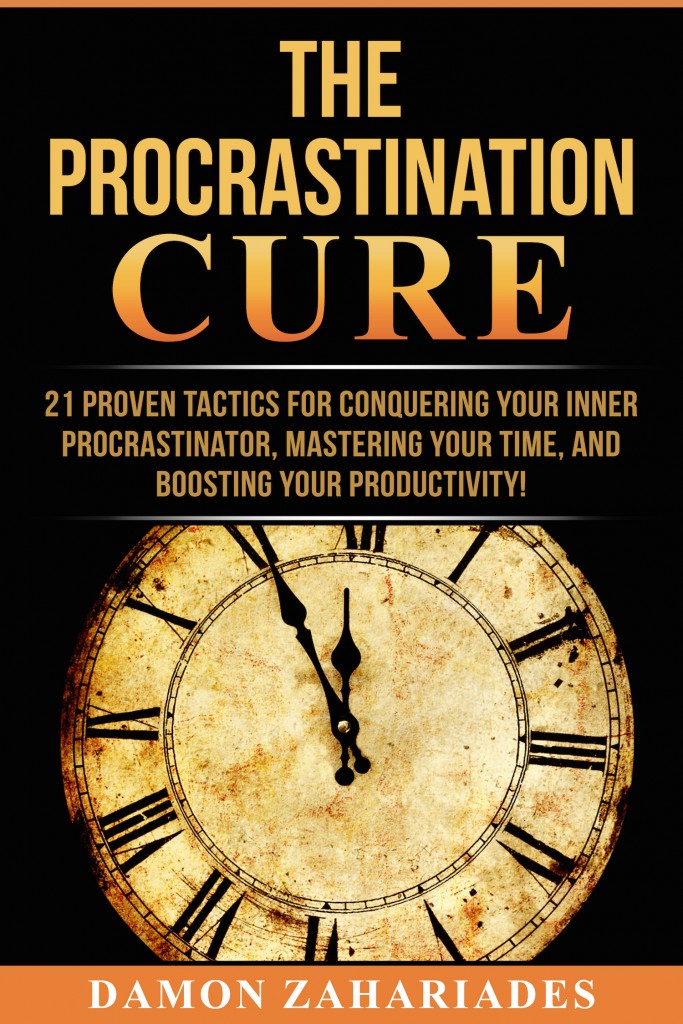